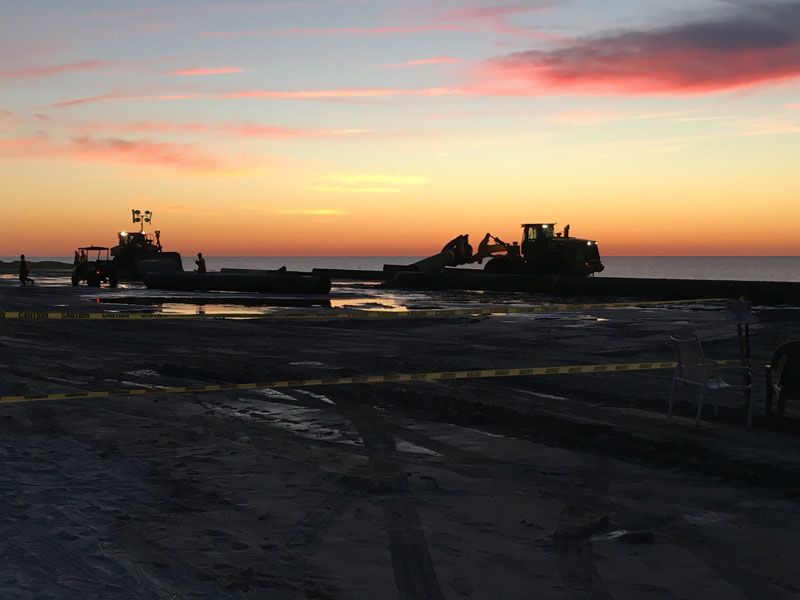 Hurricane Matthew took a toll on Hilton Head’s beaches, but the town says they will not have to start over on their re-nourishment project.  Work resumes this week on the part of the beach where they started work back up as the initial active construction zone. The town says the majority of the sand they had pumped onto the beach remains in place, so only a fraction of it needs to be re-pumped.

Construction crews have been out working since the end of last week. They were forced to stop their current progress and were delayed for about 2-weeks with the hurricane.

The town assessed the damage after the storm and found that about 25 percent of the sand in their design template for the Re-nourishment Project was displaced as a result, so workers have started there to replace that sand back on the beach. The shore pipe pumping the sand is set from South Forest Beach to southern Palmetto dunes. After they complete this area, they plan to move work beyond Coligny, to North Forest Beach and Shipyard.

The town’s initial plan was to have this section of the project done by mid-October, but now they do not have a new deadline. They hope to be done by early winter.