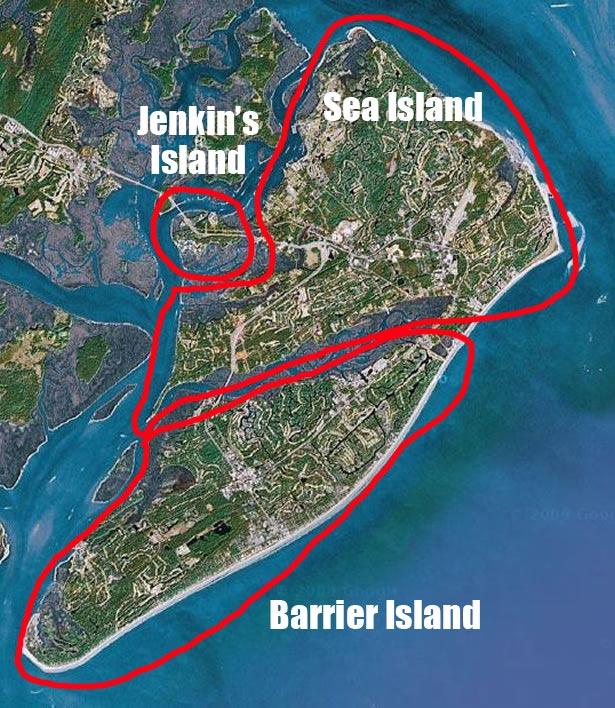 Is Hilton Head the largest Barrier Island on the East Coast, second to Long Island???

Actually, it is not.  And there are a few reasons why.

First, Long Island is not technically a barrier island.  It actually  two “glacial moraines,” which are actually land masses that result from glaciers depositing solid and rock due to their movements and melting.

So is Hilton Head then the largest barrier island on the East Coast?

Well, actually, no.  Hilton Head is technically three islands, split by the Broad Creek and Jarvis Creek.  The north end of the Island is a “Sea Island” and only the south end of Hilton Head is classified as a Barrier Island.  And after you cross the second bridge on to Hilton Head, you are technically on Jenkin’s Island until you pass the Crazy Crab!

Don’t worry, though.  At the end of the day, its all Hilton Head!  And now you know!