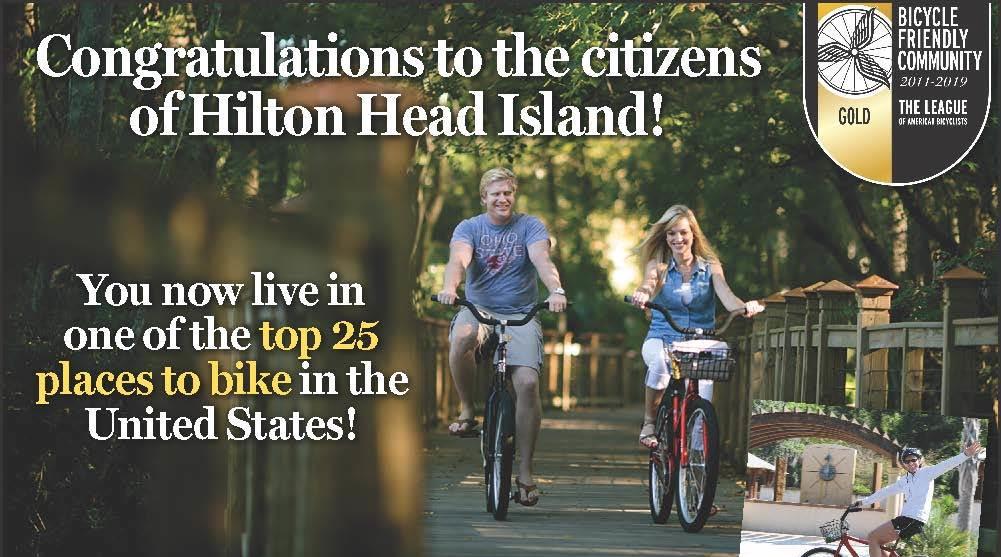 Hilton Head Island is known for its golf, tennis and beaches, but today it received a major kudos for being bicycle friendly, too.  The community, in fact, is now considered the Palmetto state’s friendliest toward those who choose two wheels over four, according to the League of American Bicyclists. The Washington, D.C.-based bike advocacy group gave Hilton Head the only gold-level designation in its latest list of Bicycle Friendly Communities, or BFCs. The League of American Bicyclists spokeswoman Liz Murphy says Hilton Head has “built and sustained a culture of bicycling with its more than 30 rental and full-service bike shops, 12 miles of bike-able beach, a far-reaching and well-connected pathway system and a broad range of people who ride.”

“With its huge visitor population, Hilton Head Island has really seized the opportunities for fun and fitness that bicycling provides to thousands of weekly visitors, making it a safe and accessible option.”