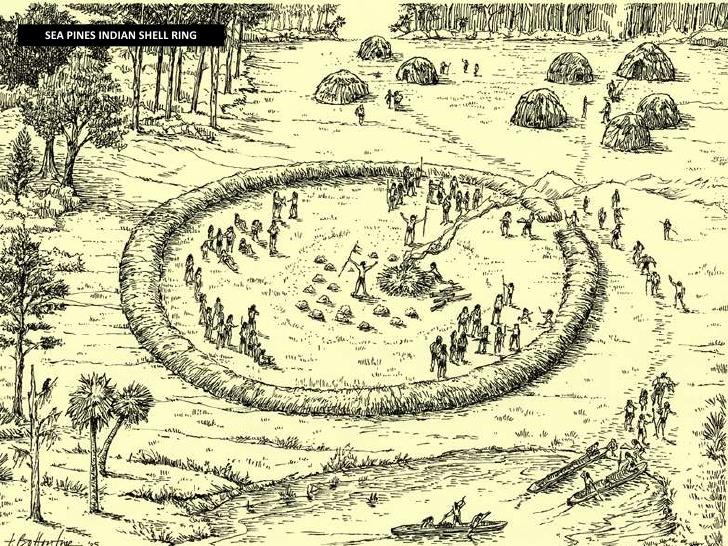 Hilton Head Island’s first natives date back to 8000 B.C. – 1000 B.C.  during the Archaic Period.  The Native Americans visited this area seasonally. The way we know that they were here was the discovery of their “Shell Rings”.

Hilton Head Island used to be home to 4 of the last remaining 20 shell rings in the United States. One in Sea Pines which can be seen near the east entrance to the Sea Pines Forest Preserve. The Green Shell Ring is located along Squire Pope Road, along Skull Creek. Unfortunately, the two other shell rings on Hilton Head were destroyed when the shells were removed and used to make tabby for roads and buildings. Those two rings are believed to be somewhere along the Skull Creek, but their exact location is now unknown.

Shell Rings average in size of 150 feet (46 m) in diameter and is believed to be over 15,000 years old. Archaeologists believe that the ring was a refuse heap, created by Early Island Natives who lived in the interior of the ring, which was kept clear and used as a common area.

The Green’s Shell Enclosure, Sea Pines, and Skull Creek shell rings are listed in the National Register of Historic Places and are protected by law.