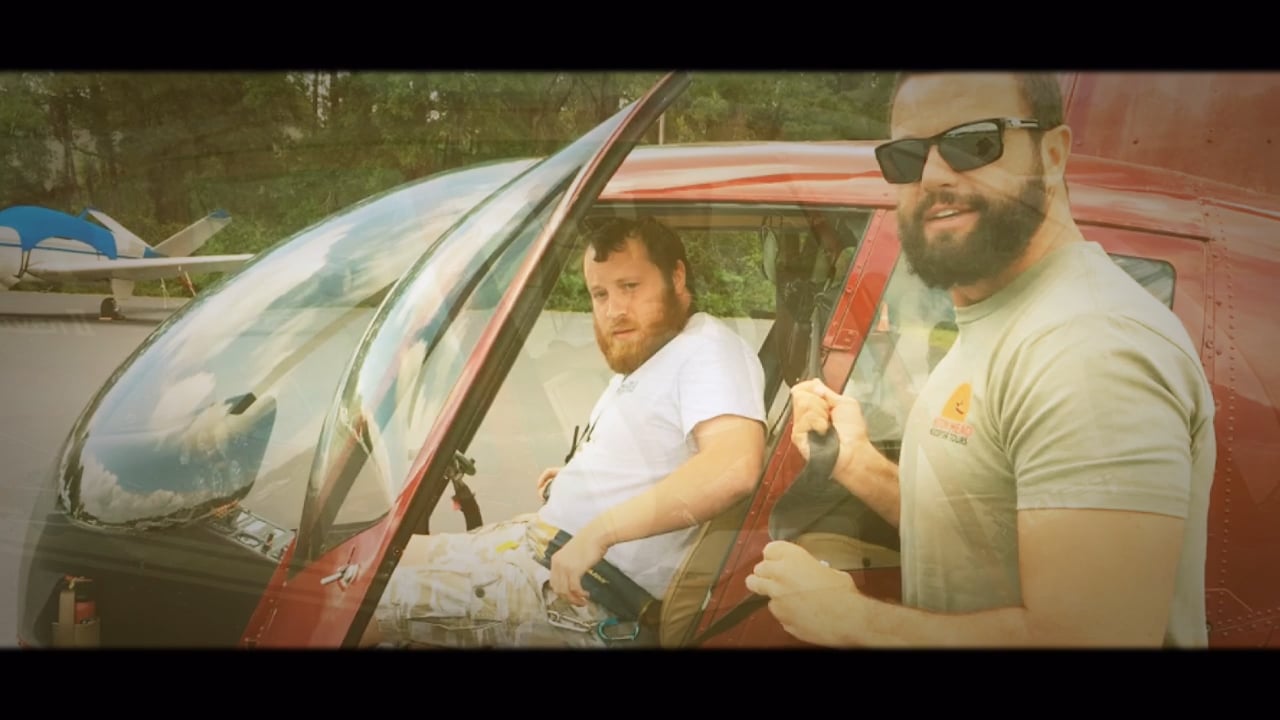 Location: Hilton Head Airport|
Cost: Starts at $39 per person to a maximum of $390 per group
Reservations: Yes (must have at least two passengers to book)

On a sunny Saturday, Ben and I traveled to the helicopter tour charter building located on the old airport in 38 Gateway Circle. We were introduced to a friendly staff who proceeded to show us the route we were going to take in our flight. Before we boarded the golf cart that took us to the helicopter, we were all weighed together, gear and all, to ensure we didn’t surpass the weight maximum. This was after we were given life belts in case we landed in the water.

The buggy drove to the chopper, a red Raven R-44 Helicopter and we took our seats. I sat up front next to the pilot while Ben took the back seat. Before we took off, we were instructed to put on headgear similar to those worn by commercial pilots complete with microphones. We lifted off and began our tour around the Island.

We flew to Pine Island, getting a glimpse of Skull Creek and parts of Hilton Head Plantation. We also flew over Skull Creek Marina and near the bridges going to the mainland, avoiding Windmill Harbour due to the boat show going on. We proceeded down the length of the Island, getting glimpses of Broad Creek, Palmetto Bay, Brahms’ Point, Daufuskie Island and even a privately owned Island just off Hilton Head along the way.

When we got to Harbour Town, we began our rotation in the “toe” of the island and got to see South Beach. We glided alongside the beach and got views of Sea Pines, Forest Beach and Palmetto Dunes. During that time, we spotted a few sea turtles on the surface of the ocean, but when we tried to get a picture of them, they dove under the briny blue.  I guess they don’t like the sound of the helicopters.

We made a left turn just before hitting Port Royal Plantation, since it was a no-fly zone, and got some good views of Shelter Cove, Palmetto Dunes’ lagoon system, Broad Creek and the Old Oyster Factory.

The trip lasted for about 20-30 minutes. We landed in the airport on the very same spot we took off and rode the buggy back to the charter office, but not before striking a pose next to the helicopter for a photo op. We made our payments and made our way back to our vehicles, thinking about another go round in the near future.

This was my and Ben’s first time on a helicopter, so this was an exciting experience for us. The staff were very helpful and friendly and did their utmost to ensure our safety. They stated what we needed to do before we went to the helicopter and gave friendly reminders when we arrived.

Before we left we had to put on belts that, when a string was pulled, would inflate into a floatation ring. Thankfully we never needed to use it. The ride was gentle and the views were spectacular. The pilot was very informative and pointed out points of interest and even gave information about the Island that we did not know about, such as Windmill Harbour being on a separate Island from Hilton Head known as Jenkins Island.   He even pointed out the sea turtles when we were over South Forest Beach and stated that they were a rare sight to see.

When the trip was over, Ben and I thought this would be a good way to show potential buyers the Island. It receives five spots on Trip Advisor and it deserves that ranking. This is also a good idea for a date with that significant other, a family outing, or a birthday treat because you can’t beat the views from a helicopter.