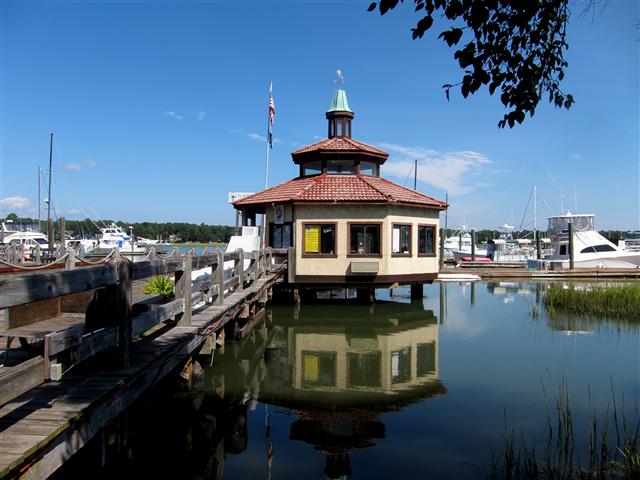 Daufuskie Island, population 436, is perhaps best known as the backdrop for Pat Conroy’s 1972 book “The Water is Wide.” The book recounts Conroy’s experiences teaching on the island in the 1960s. Isolated yet beautiful, Daufuskie has had a tough time since the recession eight years ago.

But things may soon be looking up for the island, as major stakeholders get underway with the plans for an island-wide ferry company. The group is setting out to redefine what it is to have a home in one of the beautiful oceanfront communities. It hopes to draw waves of vacationers and second homeowners more common to Hilton Head than this sleepy area, where a four-bedroom golf course home is on the market for less than $295,000 and a 5-acre plot is selling for just $99,000.The Pelorus Group, a Utah-based resort and hospitality development company, is moving ahead with plans to redevelop the 680-acre project known as Melrose Resort, along with the newly purchased Palmetto Bay Marina on Hilton Head.

Century Golf and Resort Partners, a Dallas-based club and resort management company, will operate Melrose Resort and Palmetto Bay Marina. The company has been involved in the project for the past several months. Century has a long involvement at Melrose, as their senior executives led ClubCorp when Melrose was owned and operated by that organization. “ We are extremely excited and enthusiastic about Melrose and Daufuskie as a whole. This is a very exciting time to continue to help move the island forward and help Melrose Resort once again become a premier destination,” says Gary Rosenberg, principal at Century.

Daufuskie Island, which is roughly 1 nautical mile from Hilton Head Island and 12 nautical miles from downtown Savannah, is the latest Pelorus project and its first in the Southeast. “What I love about Daufuskie Island is that it is an outdoor-pursuit haven; we have over 3 miles of beaches, bike paths, fishing, riding facilities, kayaking, a huge community garden, rum distillery, great restaurants and also an untouched history — all this stuff adds to the experience,” said J.T. Bramlette. “Obviously, the primary amenity is golf, but there is so much more to do out there than just golf.”

The Pelorus Group, of which Bramlette is managing partner, bought the Melrose Inn and golf course on Daufuskie out of bankruptcy three years ago and has been assembling key pieces since, and Bramlette says the recent purchase of Palmetto Bay and adding ferry service are the final pieces of his plan. “It’s no secret that there has always been a lack of transportation to and from the island,” he says. “Whether that be for a daily exploration trip from Hilton Head, a guest at the resort, homeowners or employees, there has just never been a reliable transportation program that is practical for everyone.”

Bramlette and his team spent over a year searching for an embarkation point for a ferry service before settling on Palmetto Bay Marina. The nearly 60-year-old boating destination is in a prime spot, at the entrance to Broad Creek near Calibogue Sound. It’s one of the first things many island visitors see as they travel over the Cross Island Parkway bridge.

“We knew Palmetto Bay was tired and needed some work, but that’s also where we saw opportunity,” Bramlette said.

Plans for the marina and ferry service are progressing simultaneously.

Cleanup is underway at the marina, with plans to repair the docks for the short-term and replace them this winter. The fueling station will be revamped and plans to add a real estate office for Daufuskie are moving forward. The laundry rooms and restrooms will be renovated. A new charter office will be built out for all water services, such as dolphin tours, pirate boat tours and personal watercraft rentals.

As to the ferry, he plans to start operations this summer between Palmetto Bay Marina and Daufuskie Island. The former Melrose Landing on Daufuskie will be renovated and eventually become the new gateway to the island, he says. It will be renamed the Daufuskie Island Landing. Along with landscaping and replacing the docks, Bramlette plans to establish a welcome center, with greeters to point visitors in the right direction, as well as offer golf cart and bicycle rentals.

He’s been working with other stakeholders on Daufuskie and conferred with state and county officials in developing the plan. Together, they are working with a consulting group that manages Bald Head Island in North Carolina and operates a successful ferry service there. All parties have to work together, he says. “It’s really the only way that Daufuskie can succeed, not only Melrose but all communities on the island, and Daufuskie’s success will also contribute to the success of the entire county,” he said. “It’s time to start paying attention to locals on Daufuskie and give them the regular and reliable water transportation that they need for their families.”

Bramlette says that the plan would be done in phases, with improvements added as demand dictates.

The first phase includes smaller vessels — 50- to 75-passenger boats — making four to six round trips each day. The later phases could involve more boats and possibly service to and from Bluffton as well as Savannah.

Resort-going passengers would be able to handle all of the check-in details and discuss plans with resort representatives while on the boat. That way when they land, they can hop in a golf cart or on bicycles and start enjoying their vacation, while their luggage is taken to their rooms, Bramlette says.

Phase two of the ferry system would require building a parking deck at Palmetto Bay Marina. Bramlette estimates at least 500 spaces would be needed, as the project would serve all of Daufuskie, not just the Melrose resort.

For East Coast residents in search of a second home, Daufuskie Island, with its Lowcountry charm and rural feel, has long been considered a more laid back and affordable alternative to Hilton Head Island.

“This is huge for Daufuskie Island and our community, no question about it,” said Ryan Dillingham, broker-in-charge at Daufuskie Island Land Co. “What people are buying here is a lifestyle; the beaches, the amenities, the local culture are all part of the experience that truly creates family traditions and celebrations.” From his vantage, the development of an island wide ferry program will likely increase demand for homes on the island and “is going to have a very positive impact on real estate prices.”

Beaufort County Council member Tabor Vaux says he would like to see ferry service consolidated, as it doesn’t make sense to have three boating services for the tiny island.

Currently, the Haig Point community on Daufuskie has a private ferry for its residents and receives $145,000 a year from the Beaufort County School District to transport public school students, and from the county to transport EMS and fire personnel.

The county also subsidizes ferry service to and from Broad Creek Marina for Daufuskie residents for $241,000 a year through J&W of Greenwood. And the Bloody Point community has a private, reservations-only water taxi that runs to and from the The Westin Savannah Harbor Golf Resort & Spa.