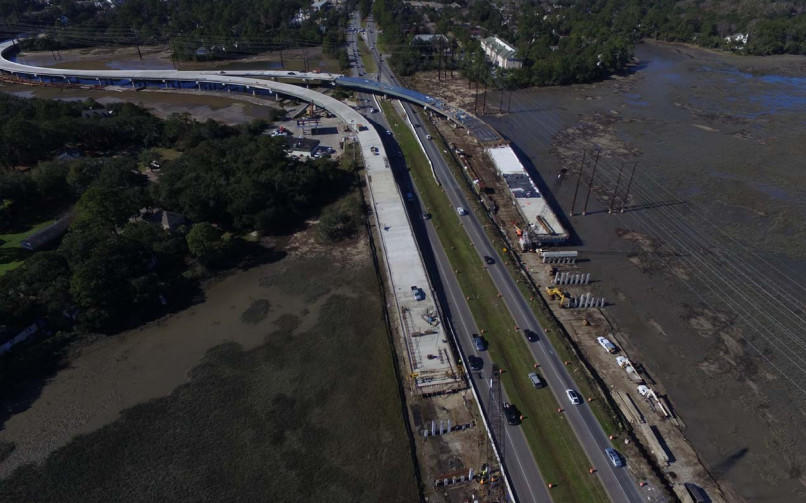 The $46 million construction project on the bridge between Bluffton and Hilton Head has a new completion date.  Engineers said they are planning to have the flyover bridge that connects Bluffton Parkway and Highway 278 finished by June 30.

Construction started three years ago, and drivers are excited to see the project is coming to an end.  “I think they’re going to expect a very nice bridge, nice views of the marsh, some that they’ve never seen before,” said Senior Project Manager Dan Chism.

Engineers said the project is taking so long because they had to build into the marsh, a time consuming and tedious process. Not to mention, Hwy. 278 is the only way to and from the Island, so they’ve had to constantly work around four lanes of traffic.

“It’s a very complex bridge,” Chism said. “Plus, the curves that you have to have to bring it from Bluffton Parkway to tie it into 278. Those things all compound together to make it very difficult. Also, the construction ties into 278 and trying to manage the existing traffic on 278 with the construction.”