A Day Trip to the Paris Island Museum 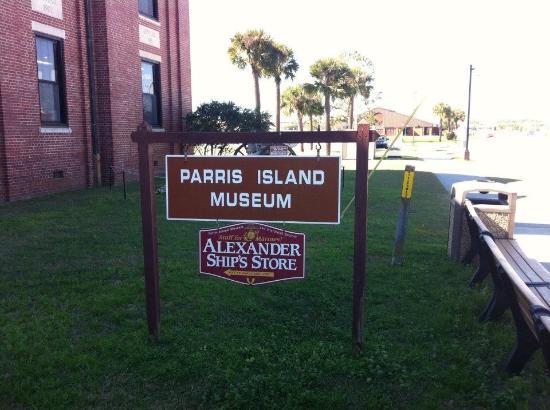 Explore the long and rich legacy of the United States Marine Corps as well as the exciting history of the Port Royal region. Thousands of artifacts, images, and other materials illustrate the varied stories within the exhibit galleries from Native American to modern Marines.

The 10,000-square-foot facility is located on Marine Corps Recruit Depot Parris Island, South Carolina. The exhibits focus on the long and honored history and traditions of the Marine Corps. On display are artifacts covering Port Royal’s important military role from the American Revolution to the Civil War, along with development of the island into a Marine Corps installation after the Spanish-American War through the present.

Alongside early Marine Corps history exhibits devoted entirely to the Charlesfort-Santa Elena National Historic Landmark, site of French and Spanish colonies on Parris Island between 1562 and 1587.

The museum is open to the public daily from 10:00 am – 4:30pm, and 8:00 am – 4:30 pm on Family and Graduation Days. Holiday closures include New Years, Easter, Thanksgiving, and Christmas. Admission is free.